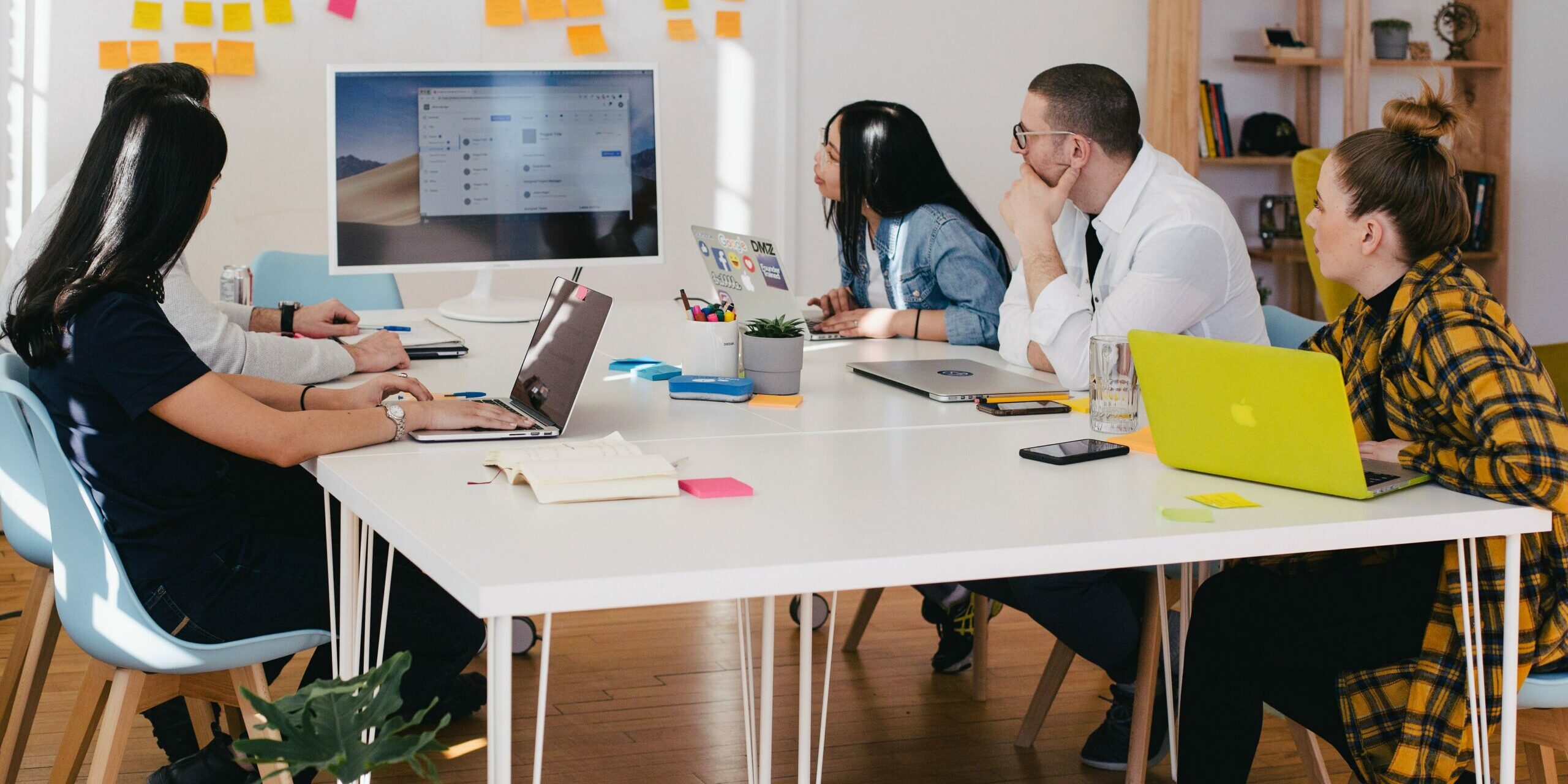 Diversity & Inclusion only works if your company develops measures in all areas of the company, tests them, implements them, discards them or finds them good, and then starts again from scratch. In short, it is a process and it is quite extensive. Therefore, my tip is quite simple: start with yourself. I'll explain how.

Recently I reorganised my bookshelf. I noticed that the majority of the books I own are written by white cisgender men. For some time now, I've been careful to let the imbalance of perspectives be less powerful in my mind, so I buy books written by authors with other perspectives. It may seem like a small detail, but there is so much more to it.

Diversity management means first and foremost to recognise yourself and your perspective and world view and to question them in the next step.

Step 1: Staying with the bookshelf example. Have a look at your bookshelf, if you have one.

You can also apply this to your immediate (working) environment:

Question your previously learned patterns and perspectives. Therefore, when you start to deal with strategies, for example as a CEO, HR, people/culture or diversity manager, you should also start to deal with your perspective and remain critical. Above all, become aware of your role. If you can start this change within yourself, you can also start it in your company and implement it successfully. Because it means: to be able to clean your glasses again and again and to stay open. The long-term goal of inclusion or the goal of becoming an inclusive company only works if all employees work individually on themselves and their (un)conscious prejudices. And you can be a role model here.

Above all, be aware of the affinity bias, also called in-group bias. This function in your brain leads you to recognise your own social group better and to favour it over other groups. Or to put it another way: like goes with like.

Who we perceive as likeable is socio-psychologically influenced by whether we perceive this person as part of our in-group or whether we perceive them as part of an out-group. We trust people in our in-group more and also feel more empathy for them - and this has serious effects on our social behaviour (cf. Choudhoury 2017). Opening up to diversity means being able to endure uncertainty and fear: We intuitively have less trust, cannot automatically fall back on shared values and this is exhausting. For example, a very familiar in-group/out-group moment is when you're sitting in a restaurant on holiday. You don't know exactly what language you can agree on. What the eating rituals are like in that country. If and how much you can tip. And you are probably perceived as part of an out-group, as a tourist.

Do you often feel part of the out-group?

If you are affected by discriminatory structures yourself, you probably don't even need to be outside of Germany for that: you probably intuitively understand the feeling of being labelled as part of an out-group. For example, being the only cisgender woman at a conference attended mainly by cisgender men. Being the only black man in a group of white people. The only person with a visible disability in a group of non-disabled people.

Janina Kugel, HR Director at Siemens, describes it this way in an interview with Südwestdeutscher Rundfunk, for example:

"I have never been able to hide. Where I socialise, I am one of the few women. I am always one of the few people with a different skin colour. And that does something to you. Not necessarily negatively. You can also gain a strength from it."

If you don't yet understand these exclusions very well: There is no need to panic. It just means that you can now ask yourself why these forms of discrimination seem so unfamiliar to you. This brings us to step 3.

If you have little experience of exclusion in Germany, observe your environment particularly closely. You can probably observe in your work environment, for example, that groups sort themselves according to similarities if they are to find each other intuitively. I observe this very strongly, for example, when the corporate language in a company in Germany is English: the German-speaking employees form a group, the English-speaking native speakers form another group, the English-speaking non-native speakers then group themselves according to their nationalities, and so on.

Inclusive Hiring: Seven Tips for Diversity in Recruiting
21 May 2021

Inclusion & Unconscious Bias: What you should consider
22 November 2019

How to get your diversity strategy right
16 January 2019
Go to Top
Manage cookie consent
You know this: We use cookies to optimise our website and our service.
Manage options Manage services Manage vendors Read more about these purposes
Show settings
{title} {title} {title}